1. Holiday Inn Express & Suites has officially opened. As of 5/16, the downtown location is now serving guests! The hotel has a variety of room set-ups, two conference spaces, a pool, and beautiful views of downtown (and the lake!) from the top floor. Make a reservation by visiting www.hiealpena.com. 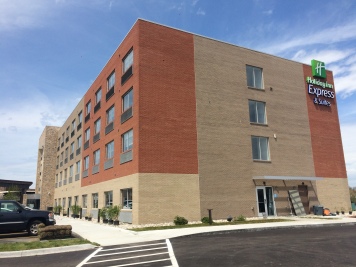 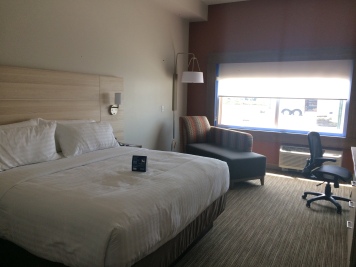 2. The band shell is hosting its first outdoor pops concert. Both the high school and junior high bands will be having a Picnic Pops concert at the band shell, Saturday 5/20 from 1-5 pm. Instead of their traditional spring concert, they will be playing popular tunes from movies and more in a relaxed outdoor setting– so bring a blanket, a lunch, and stay awhile. This event is free. Food will be available for purchase at the event.

3. Downtown has a new art gallery. Forty-Five North Art Gallery, who opened earlier this month, features a beautiful collection of local art and glass work. They will have a ribbon cutting & grand opening activities on June 8.  Located at 121 N. 2nd Ave. 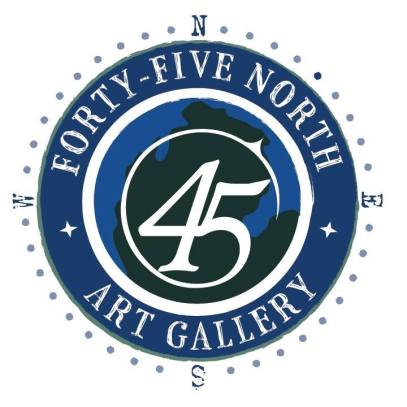 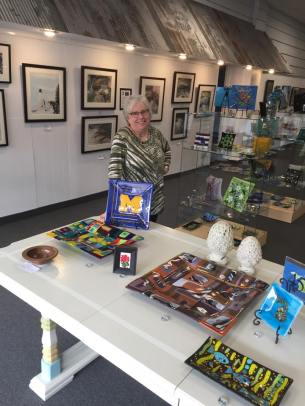 4. Family Enterprise is undergoing some major renovations. The staff has been busy making changes to the building, both inside and out… including tearing down walls, and receiving and installing a new printing press! Located at 211 S. 2nd Ave. 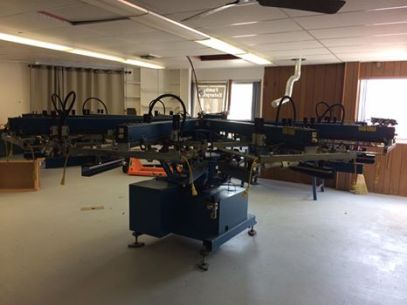 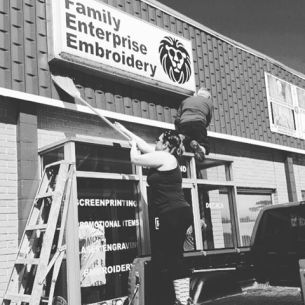 5. Soaps & Such has settled into its new location. Stop in their newly remodeled space at 125 W. Chisholm for all your natural, handmade product needs!

6. Two-way traffic changes are underway. River and Carter Street will be changed to two-way traffic shortly, and reverse-angle parking will be put on River Street (near the old Dry Dock) instead of parallel parking. Second Avenue will be repainted in September, although some islands have already been removed.

7. The Glass Bottom Boat is now under local ownership. The Lady Michigan, which was previously owned by a  company in Munising, is now officially being operated by the Friends of Thunder Bay National Marine Sanctuary. Public cruises begin Memorial Day weekend. Like them on Facebook to see what changes this might bring.

8. Downtown Street Performers are set to begin June 2nd. Every Friday evening from 6-8 pm, performers will be located near Downtown Scoops, Culligan Plaza, As You Wish, Fresh Palate. Organizer Chris Crown was a street performer in Holland, MI for seven years and started the program in Alpena to allow musicians, artists, and performers share their talents with the community– and to get people out and enjoying our downtown. Interested in becoming a performer? Contact the DDA at 356.6422 or anneg@alpena.mi.us.

9. Outdoor furniture is now out. The doors at the Fresh Palate & Thunder Bay Winery have officially been opened for the season, and outdoor tables and chairs have been set up not only there, but throughout downtown.

Also this month, we remember Betty Douville Johnston, who passed away in April. Betty, an Alpena fashionista, helped dress women from Alpena and beyond for over 49 years as the owner of Country Cousins. Even through February, she could be found in her favorite chair in the clothing store, “decked out in a crisp, white button-down shirt, camel pencil skirt, and piles of gold bracelets on her wrist.” Sending our condolences to her friends and family– downtown Alpena won’t quite be the same without her.

Blog Downtown Alpena is written by Anne Gentry, Executive Director of the Alpena DDA. Like the blog on Facebook here.

2 thoughts on “News in brief: May edition”